Ender 5 vs. Ender 5 Pro: Choose the Perfect for You!

Can't decide between Ender 5 Plus and Ender 5 Pro? We compared them for you.
By
William McCollum

William McCollum
Research Writer
William is a talented journalist who’s been working in the industry for more than 10 years. He writes for our site on a freelance basis, putting all the expert findings together into an easy-to-read, cohesive text. 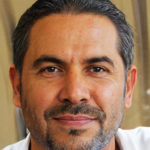 Rogelio Coulter
Expert Consultant
Rogelio is a tech genius. It seems like he knows everything when it comes to “How does it work?”. He is also an incredible IT specialist and a beginning graphic designer.

Can't decide between Ender 5 Plus and Ender 5 Pro? We compared them for you.
For 3D Print is reader-supported. We may earn a commission through products purchased using links.

The Ender 5 and Ender 5 Pro 3D printers from Creality are quite popular in the FDM 3D printer market Trusted Source 3D Printing (Additive Manufacturing) Market Size is Expected to Reach USD 44520 Million By 2026 | at a CAGR 31.4% | Valuates - Bloomberg 3D Printing or Additive Manufacture is a layer-by-layer process in which 3D objects are generated directly from a digital model. www.bloomberg.com . The Ender 5 series follows the Ender 3, which is often regarded as the most successful 3D printer from Creality. The series, which includes three printers (the Ender 5, Ender 5 Pro, and Ender 5 Plus), are known for their ability to produce accurate and detailed 3D prints.

However, as someone not very familiar with 3D printers, it is very likely that you’re confused about which of these is the right one for you. This Ender 5 VS Ender 5 Pro review is a detailed comparison of these two products. It covers the various features of each of these products and their pros and cons in order to help you choose the right one for you. Read on for our comprehensive Creality Ender 5 vs. Ender 5 pro comparison.

The Creality Ender 3, which is the predecessor to the Ender 5 series, was first released in 2018 as a budget 3D printer for hobbyists. The Ender 5 product follows after the success of the Ender 3 and features some significant upgrades over its predecessor.

The Ender 5 Pro is an upgraded version of the equally successful Ender 5 printer. The Pro sits right in between the Ender 5 and the even more upgraded Ender 5 plus. All three products are similar in many ways. But many of their major components have been upgraded.

Most of the parameters of the two products are similar. The outer dimension, as well as the print volume of the Ender 5 and Ender Pro, are almost on per. The major difference between them is that some of their parts have been upgraded. Most notably, the mainboard, filament tube, and extender frame have been upgraded in the Ender 5 Pro.

The Ender 5 Pro features a new advanced Capricorn PTFE tubing, a metal extruder, and an upgraded Y-axis motor. There are other minor improvements as well over the more basic Ende 5. This is why the Ender 5 Pro comes at a slightly higher price point. Here’s a more detailed look at these two products’ various parts and fixtures.

At first glance, the Ender 5 and Ender 5 Pro look quite similar. They both have a compact box-like frame that is easily distinguishable. Also, if we were to do an ender 5 pro vs. plus, you’ll discover that both units also have a smaller frame compared to the much larger Ender 5 plus.

One of the major upgrades that the Ender 5 Pro boasts of a metal extruder frame. The Ender 5, on the other hand, has a normal extruder frame. The Metal Frame of the Ender 5-pro makes it more durable. In addition to boosting the durability of the Pro, it can also impact the performance by increasing the pressure with which the filament is pushed out of the printer nozzle. The upgraded metal extruder frame also features an adjustable bolt which can be used to adjust the pressure of the gear and select the most suitable one for your filament.

It determines the build volume of the 3D printer.

The Ender 5 and Ender 5 Pro have similar applications. They are both mostly targeted at hobbyists but may be used for some commercial applications. However, one of the significant upgrades in the Ender Pro is the new and upgraded filament tubing (more about this later). It features a Capricon Bowden PTFE Tubing and a new feeding system. This makes it possible to use the Ender 5 Pro for printing more flexible filaments. Thus, the Ender Pro is an ideal choice in situations where you need to print some exotic materials.

Here’s another area where the Ender 5 Pro edges the Ender 5 out. It features some software upgrades, including a new V1.15 Silent Mainboard, Marlin 1.1.8, and a Bootloader. These software upgrades serve two main purposes. They help the printer to operate more silently and also ensure greater precision in printing performance.

In terms of hardware, the Ender Pro has an increased print area on the Z-axis. Along with this, the motor on the Y-axis has also been designed to be more efficient thanks to a double control system that guides the motor as it moves along both sides of the gantry. The result is a smoother movement of the motor and a more stable output. These upgrades ensure that the Ender 5 Pro operates vibration-free. The result is greater precision, especially when you need the machine for long hours.

As mentioned, the filament feeding mechanism has seen a significant upgrade in the Ender 5 Pro. The result of this is greater stability and less wobbling during feeding. There is also no danger of the filament getting jammed. The extruding metal frame also features an adjustable bolt which further makes it possible to adjust the pressure of the extruding unit to fit the filament you’re using. This gives you greater flexibility when selecting filaments to use for printing. As a result, the Ender Pro is a much better choice for printing with exotic and flexible filament materials like TPU, TPE, and many other exotic filament materials

The upgraded metallic extruder frame of the Ender Pro works in tandem with upgraded filament tubing. While the tubing in the Ender 5 is made of stock plastic, that of the Ender 5 Pro is a Capricon Bowden PTFE Tubing which has a much tighter diameter. The upgraded filament has an internal diameter that measures 1.9 mm ± 0.05 mm. This tight dimension reduces excess space in the feeding mechanism, which prevents the filament from bending or warping during printing.

One of the unique qualities of the Ender 5 is the removable magnetic print bed. This type of print bed has a soft surface which gives the print model better adhesion. You won’t need glue or any other products to get the print to stick to the bedplate. Similarly, the nature of the print bed also makes it easier to remove your model after printing. The Ender 5 Pro has this same magnetic build plate that can be seamlessly removed from the building platform. As a result, the process of removing your print, adjusting, and replacing it is a lot less complicated and convenient.

The nozzle diameter of the Ender 5 and the Ender 5 Pro printers are largely the same. Both models have a diameter of 0.4mm. Hence, there isn’t a lot of differences here.

Both printers are designed to operate based on Fused Deposition Modeling Technology (FDM) which is common with many consumer-level printers. The Ender Pro, however, features a V1.15 ultra-mute mainboard and has TMC2208 drivers installed. These features ensure that the unit operates silently compared to the Ender and other models.

Both printers have a hotbed temperature that is almost on par. While the Ender 5 has a temperature of 212° F, the pro version’s hotbed temperature is 230° F. However, the Ender Pro also features what is known as thermal continuity protection. You’ll find this function particularly useful for protecting your printer when the temperature reaches critical levels.

With an exterior dimension of 29 x 29 x 12.5 in, the Ender 5 is the bigger of these two products. However, the Pro version is slightly heavier, with a weight of about 29lbs. The difference in weight between both models is negligible.

Ender 5 has a bigger build volume, so you can easily make larger constructions.

Some of the Ender 5 Pro upgrades give it an edge over the Ender 5 in terms of durability. For instance, while the updated V-slot makes it print more quietly. It also helps to prolong the life of the machine by reducing the chances of breaking down. The truth is that durability will always be an issue with 3D printers. The most important thing is having easy access to replacement parts when you need them. With the Ender Pro and Ender 5, you will not have to worry about this as there is an abundance of replacement parts and upgrades for different machine components.

The core slicer software for both of these products is the same. They both use Simplify3d and Cura software. However, the Pro version has some significant software upgrades that make it easier to tweak its operation. It comes with Marlin 1.1.8 and Bootloader pre-installed on it, which gives you more capabilities over the alternative.

To summarize our Ender 5 VS Ender 5 Pro comparison, it is safe to say that the Ender 5 Pro is the much better printer between these two as it offers many more features. However, it comes at a higher price point. If your budget is enough to accommodate the price difference, then the Pro is more recommended. But if you have a limited budget or you’re a beginner that’s just getting started with 3D printers, then you can stick to the Ender 5 as it is an equally impressive product.