Zbrush vs Blender: Which Will Be Better for Your Project?

This article full of tips and tricks from pros will help decide which program to use for your 3D printing project.
By
William McCollum 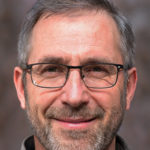 William McCollum
Research Writer
William is a talented journalist who’s been working in the industry for more than 10 years. He writes for our site on a freelance basis, putting all the expert findings together into an easy-to-read, cohesive text.

Rogelio Coulter
Expert Consultant
Rogelio is a tech genius. It seems like he knows everything when it comes to “How does it work?”. He is also an incredible IT specialist and a beginning graphic designer.

For 3D Print is reader-supported. We may earn a commission through products purchased using links on this page. Learn more about our process here

3D modeling is a computer-based process of developing coordinates for the graphical representation of objects in three dimensions. Zbrush and Blender are among the most popular 3D modeling toolset programs in the market. Both programs have expanded their improvements and design additions to cater to the ever-demanding modeling and sculpting technology-oriented world. Animators and developers have talked about Zbrush vs. Blender based on their functionalities, principles, and contribution to sculpting and modeling.

The dilemma of selecting between Zbrush and Blender engulfs all and sundry, including new 3D artists and seasoned professional modelers. This analysis provides an in-depth understanding of these two brilliant modeling toolsets providing the basic foundation to help you familiarize yourself with the programs. The printer you have will dictate the ideal choice for your business. Reviews from experts and previous users note that the FlashForge 3D printer creator pro is a top-tier model that you should consider if you are looking for a unit with an optimized build platform.

One of the critical differences between Zbrush Trusted Source ZBrush - Wikipedia Pixologic ZBrush is a digital sculpting tool that combines 3D/2.5D modeling, texturing and painting. It uses a proprietary “pixol” technology which stores lighting, color, material, orientation, and depth information for the points making up all objects on the screen. The main difference between ZBrush and more traditional modeling packages is that it is more akin to traditional sculpting. en.wikipedia.org and Blender is the functionality. Zbrush is used explicitly for sculpting by combining 3D/2.5D modeling, texturing, and painting, while Blender involves an array of functions, including sculpting, modeling, animating, texturing, and even camera tracking. Blender is also an open-source toolset that can be found for free on the interwebs instead of Zbrush for sale purposes under a license.

Zbrush has extended functionalities in that some of its settings can be exported for use in another program, while Blender features cannot be exported.

Modeling in Blender VS Zbrush

Primarily, Zbrush modeling concentrates on soft-bodied organic objects and is exceptional for modeling characters and animals. A model in Zbrush is created using a poly mesh that is either quadrangular (4-sided) or triangular (3 sided). Meshes are the base used for any illustration. The artist will join or connect the meshes based on the object or intended design. The beauty about Zbrush is that an illustrator can export a poly mesh from other applications. Similarly, an illustrator can use Sub tools that comprise separate polygon objects.

Modeling in Blender also relies on mesh and polygons that require the illustrator to rescale into desired designs. Illustrators can also rely on modifiers that affect an object’s geometry in a non-destructive way. Modifiers can take the form of shapes such as spheres or cylinders that can be enjoined from the menu.

Sculpting in Blender VS Zbrush

Sculpting is a technique that involves the manipulation of surfaces to create a 3D digital object. Blender provides twenty different brushes for sculpting with dynamic topology and mirrored sculpting. Accordingly, an illustrator will shape the mesh o clay using your brush of choice based on the desired outcome. The main difference between Zbrush and Blender in terms of sculpting is that Zbrush has more brushes, at least 30-while the latter allows the artist to begin working from the modeling workspace and switch to sculpting later to add details.

Blender employs dynamic topology, a sculpting technique that provides additions on the fly instead of regular sculpting that only affects the shape of the mesh.

Zbrush borrows from the use of a ball of clay for sculpting like in the real world. According to Zbrush developers, the sculpting mode allows the designer to mold shapes and give finer details to the surfaces. When working with large resin 3D printers, ensure the program you select is compatible and allows for top-tier sculpting.

Texturing in Blender VS Zbrush

Both Blender and Zbrush can texture your project, but the process is different. With Zbrush, you can only paint your textures of choice on the model. This program is not capable of manipulating UVs to apply the texture maps that you may require. This is a limitation that you can bypass by importing the textures you need using Color Maps.

Blender is a favorite choice for most people in the 3D printing world as it can perform most functions, including texturing.

If you are using Blender, you can achieve the texture you are after without importing anything. You can control the outcome of your model by exploring the different surfaces available. For texture, it is best to work with Blender to get the best results.

Rendering in Blender VS Zbrush

Blender is king when it comes to rendering. This program has two options that you can utilize to get the print that you are after. You can choose to use Eevee to render them in real-time. The 2nd alternative you have is Cycles. This option relies on a physically grounded path that allows you to generate using the GPU or CPU. Before rendering, Blender provides for the addition of details and properties for a better end product.

Zbrush has rendering options, but they are essential and may not be suitable for specific projects. The developers have partnered with another company to help with this feature.

The contracted company provides a bridge that allows Zbrush users to render their tasks with ease. However, you have to pay for these services. Whether you are making a 3D printed lithophane or any other item, check the rendering settings and pick one that you can work with efficiently.

Which one is easier to use?

These two programs vary, and it is almost impossible to select one that is easier to use. Evaluate the features of each software and pick the suitable option for you and your team. We found Blender to be a comprehensive program with numerous applications during the printing process, even when using dual extruder 3D printers. Blender has more elements, and you have to learn all of them for a seamless experience. Blender is harder to learn after acquiring it but becomes easier as you master the different features and apply them.

On the other hand, Zbrush has fewer features, but the instructions on navigating the program are vague. You will spend more time trying to understand how it works than with Blender. What is more, you have to use other software to achieve some functions such as rendering.

Which one is easier to learn?

Both programs are easy to learn as dictated by the level of expertise in the 3D modeling world. Blender has more features, and learning will open you to many functions and theoretical understanding. Zbrush is a modeling program that you also need to learn.

It is easier to understand Zbrush and retain the knowledge you gain after you know Blender.

Blender has a host of benefits that you stand to reap if you choose to work with this program. This software is available for free; hence, you do not have to worry about the cost of acquiring it. Blender has most if not all the functional features to perform the actions needed in the CG pipeline. This program is an ideal choice for beginners in the 3D printing world.

Zbrush is a superior program when it comes to 3D modeling. The developers focus on one area giving this software an advantage over others that take on the 3D modeling element of the CG pipeline. You have to learn how to edit STL files and import the same from other programs into Zbrush.

Can you use Blender with Zbrush?

Yes, you can use Blender with Zbrush and get the best results for your project. Work on the initial model on the Zbrush program as it has the appropriate features for you to utilize. After this phase is done, export the model to Blender for fine-tuning. Texturing, UVs, animation, and rendering are some of Blender’s strengths that you can exploit.

3D printing involves different processes that rely on software. Some of the models in the market have in-built programs that facilitate functionality, while others do not. Most reviews from experts in this industry agree that the Flashforge Dreamer 3D printer is among the best that you will come across with an assortment of sought-after features. The filaments you use will also dictate the outcome of the project you are working on.

The expert discussions on Zbrush vs. Blender will help you make an informed choice regarding the option to choose. The printer you have will also influence your selection depending on whether it can accommodate either program or not. Zbrush has numerous benefits and features that you can explore. However, Blender has additional components that improve its functions, making your work more manageable.

pinterest
Related Articles
Cura Support Patterns: Tips and Tricks on How to Use Settings the Best Way!
Thingiverse Alternative: What to Use for Your Project?
SolidWorks vs CATIA: In-Detail Comparison of Softwares
Introduction to Slicing Software: PrusaSlicer vs Cura
Open-Source 3D Printing Software: Comparing Slic3r Vs Cura
Slicing Through the Software: IdeaMaker vs Cura
Leave a Reply Cancel reply
Experts Advise
1
freecad vs fusion 360
2
ideamaker vs cura
3
slic3r vs cura
4
prusaslicer vs cura
5
thingiverse alternative
Navigation